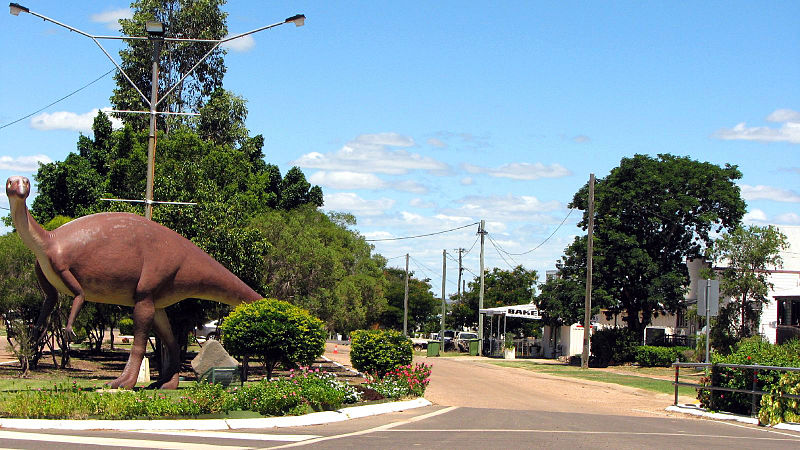 Museum and gallery curators have not been served well by popular representations of their craft. There are two primary archetypes. The first is an introverted, nerdy, lab coat-wearing boffin who prowls corridors of specimens, guarding them with singular and obsessive diligence. The second is a hyper-extrovert who petulantly and arrogantly pursues the realisation of their unimpeachable curatorial vision.

Both types reflect both the colonial history of museums and galleries as well as the fluid power relations within contemporary cultural institutions. While they are contradictory, both stereotypes present the curator as aloof, disconnected and unresponsive to their colleagues and the wider world, and, presumably the people (and non-human species) they represent. These stereotypes, however, bear almost no resemblance to reality; at least not during my years in the curatorial game. Indeed, it would be nice if the world moved more responsively and unquestioningly around our ambitions!

Over the last 6 months or so, I’ve been able to reflect on the broader nature of curatorship as members of the People and the Environment team have worked on producing a proposal for a new environmental history gallery. Unlike the unhelpful stereotypes I described above, the actual process of gallery-making we have commenced is inherently collaborative, responsive, and deeply engaged with important contemporary issues.

For the uninitiated, the creation of a gallery ‘brief’ or proposal is first step in the long and complex process of making an exhibition. Multi-layered and expansive, the gallery brief is partly an internal document that is used to pitch or advocate for a particular approach to a new gallery or exhibition. More substantively, it seeks to explain the ambition for a new exhibition, bringing together multiple strands of history, scholarship, contemporary issues and material culture in new and original ways. It contains everything from discussions about theoretical and conceptual ideas, objects and collections that might go on display, how the displays will connect and engage audiences, what the space will look like, and how the content relates to the education curricula.

Gallery proposal can vary in length and complexity, from a few pages to a minor thesis. Given the great challenge of representing the environment history of our continent in a single gallery, the proposal for ‘Life in Australia’ has erred toward the latter, coming in at around 10,000 words, at last count.

Just to make the following discussion a little less abstract and to give you a sense of how we see the gallery at this early stage, here’s an extract from the brief:

The Life in Australia gallery will introduce visitors to the lively bio-geographical characteristics of the Australian continent, the majestic flows of time and non-human forces that shaped these dynamic terrains, and history of human interaction with its diverse landscapes and shifting ecological patterns. It will allow visitors to discover and follow dynamic pathways from the deep past to the distant future, across vast stretches of geographic space, and to participate in the formation of new understandings of human experience within and beyond our shorelines. Visitors will leave the gallery with a powerful sense that they are embedded and active participants in the pattern, rhythm and flux of the world.

So, how did it all start?

It might seem a little prosaic, but it actually starts in a small meeting room, a group of curators and that indispensable feature of the modern office – the whiteboard. Whiteboards are particularly useful for planning new galleries because they allow complex webs of ideas to be illustrated spatially. Mapping ideas in this way also enables the curators to think about the three-dimensionality of the gallery, and how visitors will physically as well as intellectually engage with the objects and other elements. Here’s a slideshow of some our early whiteboard musings.

Even at this stage, the proposal reflects ideas and discussions across the museum and in the community. As part of their work, curators participate in debates and discussions taking place beyond the Museum’s walls. They engage with object donors, experts in relevant fields, scholars and other interested members of the public, to bring a synthesis of those ideas into the gallery making process.

Not to be overlooked is the contribution other members of the museum team make to the development of a gallery proposal. I like to think of the Museum as something of ready-made focus group, staffed by a diverse and engaged group of people with deep knowledge about all manner of subject areas, and keen awareness about what visitors enjoy about museums. The more detailed content and connections outlined in a gallery proposal also emerge from moments of calculated serendipity, such as roaming thorough the collection repositories with knowledgeable registrars who are able to point out hidden gems that hours of catalogue search may not reveal.

“Will it have dinosaurs?”

I get asked this all the time, whenever the subject of the new environmental history gallery comes up. If there is one thing I don’t need an audience-evaluation survey to tell me is that dinosaurs are popular and, indeed, a seemingly expected element in any museum experience! While we are on the subject, the National Museum of Australia is lucky enough to have a cast of a dinosaur skeleton. Discovered by a grazier in Central Queensland in 1963, the Muttaburrasaurus fossil skeleton reveals the deep-time history and changing nature of the Australian continent. At the time of its existence (110 million years ago) Australia was still attached to Antarctica and contained a vast inland sea inhabited by giant marine reptiles. The Eromanga Sea generated sediments that were essential to the later formation of the Artesian Basin. Surrounding the sea were vast forests on which Muttaburrasaurus fed. The organic remains of these forests transformed over millions of years into coal, the burning of which generates electricity as well as greenhouse gases that contribute to global climate change. Here, we hope that the wondrous rearing figure of the Muttaburrasaurus will inspire a discussion of any number of themes in Australia’s environmental history, connecting deep time to vital issues of industrialisation, climate change and the age of the Anthropocene.

As I mentioned above, while a gallery proposal must be scholarly and intellectually rigorous it is also a ‘pitch’ that should capture the imagination. Early ideas inevitably change, but here’s our current thoughts on some key aspects of the visitor experience:

In tone and atmosphere, the gallery will be spacious, dynamic and theatrical. It will convey the scale and diversity of the continent as well as the broad sweep of history and deep time. Within the gallery, smaller spaces will envelope the visitor and encourage close examination, quiet introspection and connections to the spaces around them. Large projections of still images provide an immersive and constantly changing experience throughout the gallery. These images will include a representative range of content that includes human activity, but also speak to the agency and force of non-human species, and the elemental forces at work in each continental zone.

Moving through the space the visitor will be surrounded by rich visual, elemental and aural displays. A sound loop tailored to each continental zone will complement the projections and visitors will also have access to online content where they can hear the sound loops and learn about what they are hearing and its significance to that zone. For example, they might hear the pulse and crack of a lightning strike as a cyclone cell moves across the Top End, the sound of dripping water in the Queensland rainforest, the cry of a bush stone curlew on Magnetic Island or the cacophony of waterbirds feeding at Lake Eyre after flooding rains.

Permanent galleries are the mainstay of museum visits, accounting for around 75 per cent of visitation figures. They also remain in place for 15 to 20 years (with continuous updates and changes) and are experienced by millions of people. Permanent galleries work hard to engage a diverse audience and walk the line between some established museum orthodoxies and the latest social and cultural developments. For example, galleries might provide some sanctuary from “the connected world” while also catering to our now normalised desire for instant information and relevance. Galleries must also offer something unique and enticing while not being so rarefied as to offer only mere novelty and escapism. Equally, the exhibition must not be so constrained by mainstream expectations that it can only become merely a three-dimensional representation of what people already know.

With this in mind, the expectations on a permanent gallery are impossibly ambitious, as it strives to be all things to all people. They must be detailed and granular enough to satisfy the expert visitor and yet sweeping enough to be representative and have broad, popular appeal. They must be recognisably familiar yet also original, striking out from visitor expectations into new, creative and challenging forms. Its central concepts should be both subtle, yet robust enough to weather the inevitable storm of cost overruns, design limitations or the unavailability of certain objects. Those storms, while possessing the capacity to scuttle a bold plan, can, if managed well, also test and improve ideas, with weaker elements pruned away or modified, while others given greater prominence.

The hybridity and synthesis demanded by an original permanent gallery doesn’t come easy. There are few short-cuts to achieving the frisson that comes from connecting powerful objects and ideas in original ways. Well, few short cuts that don’t ultimately short-change the visitor or cheat them of the detail and nuance that they expect and enjoy.

I hope this post has made clear that even before audience testing, a gallery proposal is already a fusion of ideas and information, generated by an organic and collaborative – if slightly amorphous – process involving an extraordinarily diverse range of people we somewhat coldly called ‘stakeholders’. From the early white board sessions on, the process of building an exhibition proposal is more akin to a benevolent vortex; shifting, changing and spiralling outwards, drawing more and more people in as it grows.

In keeping with the spirit of collaboration and representation that we’re bringing to the Life in Australia gallery, over the next few months the team will be posting a series of blogs about our ever evolving plans for the new gallery and what you can expect it to contain. We welcome your thoughts and feedback.