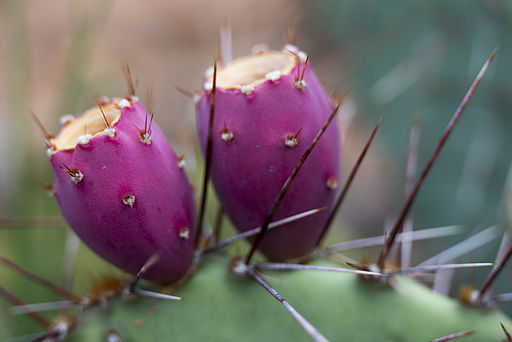 The act of nurturing a single pot plant would appear to be a fairly benign activity. However, when Navy surgeon, Dr William Bell Carlyle, entrusted a prickly pear cutting to the care and protection of his servant, Mary Sutton, no one could have predicted the devastation which would result. In a period of less than 100 years the prickly pear multiplied and occupied over 60 million acres of Queensland and New South Wales, equivalent to the whole land area of the United Kingdom or New Zealand.

The first prickly pear plants (Opuntia monacantha) were introduced to Australia by Captain Arthur Phillip in 1788. Plants infested with cochineal insects were brought from Brazil with the intention of establishing a cochineal industry in the colony. The plants introduced by Phillip did not become a problem as the humid Sydney climate did not provide an ideal environment.

The cochineal insect (Dactylopius coccus) is a scale insect from South America which feeds on the prickly pear. The insects were used to produced a red dye which was a highly sought after commodity at the time. The Spanish had a monopoly on the production of the expensive scarlet dye which was used in the clothing industry. The dye was also used to create the distinctive colour of the red jackets of the British soldiers.

Dr Carlyle collected a cutting of the plant on a trip to India which he entrusted to the care of his servant, Mary Sutton. Her instructions were to ‘keep it watered and protect it so that it had a chance to grow’. In 1822, Carlyle took up a land grant at Scone and Mary was given the responsibility of protecting the plant from bushrangers on the long trip from Sydney to the Hunter Valley. Carlyle used the prickly pear to fence his 2000 acre property and as it began to thrive he gave cuttings to his friends and neighbours.

A number of varieties of the prickly pear were introduced to Australian gardens in the mid 1800s. The two which spread most prolifically were the Common Pest Pear (Opuntia inermis) and the Spiny Pest Pear (Opuntia stricta). The Common Pest Pear is native to the southern area of the United States and the Spiny Pest Pear originated in Malta. The plants were used for hedges and were considered a useful source of animal fodder due to their tolerance to drought. The plants ‘invaded’ a huge area very quickly due to their hardiness and ability to spread through seed distribution as well as cuttings.

By 1925 the prickly pear had spread across about 25 million acres of Queensland and New South Wales. It was spreading at a rate of 1 million acres per year. The media reported the urgency of the situation through newspaper reports and the production of silent films. 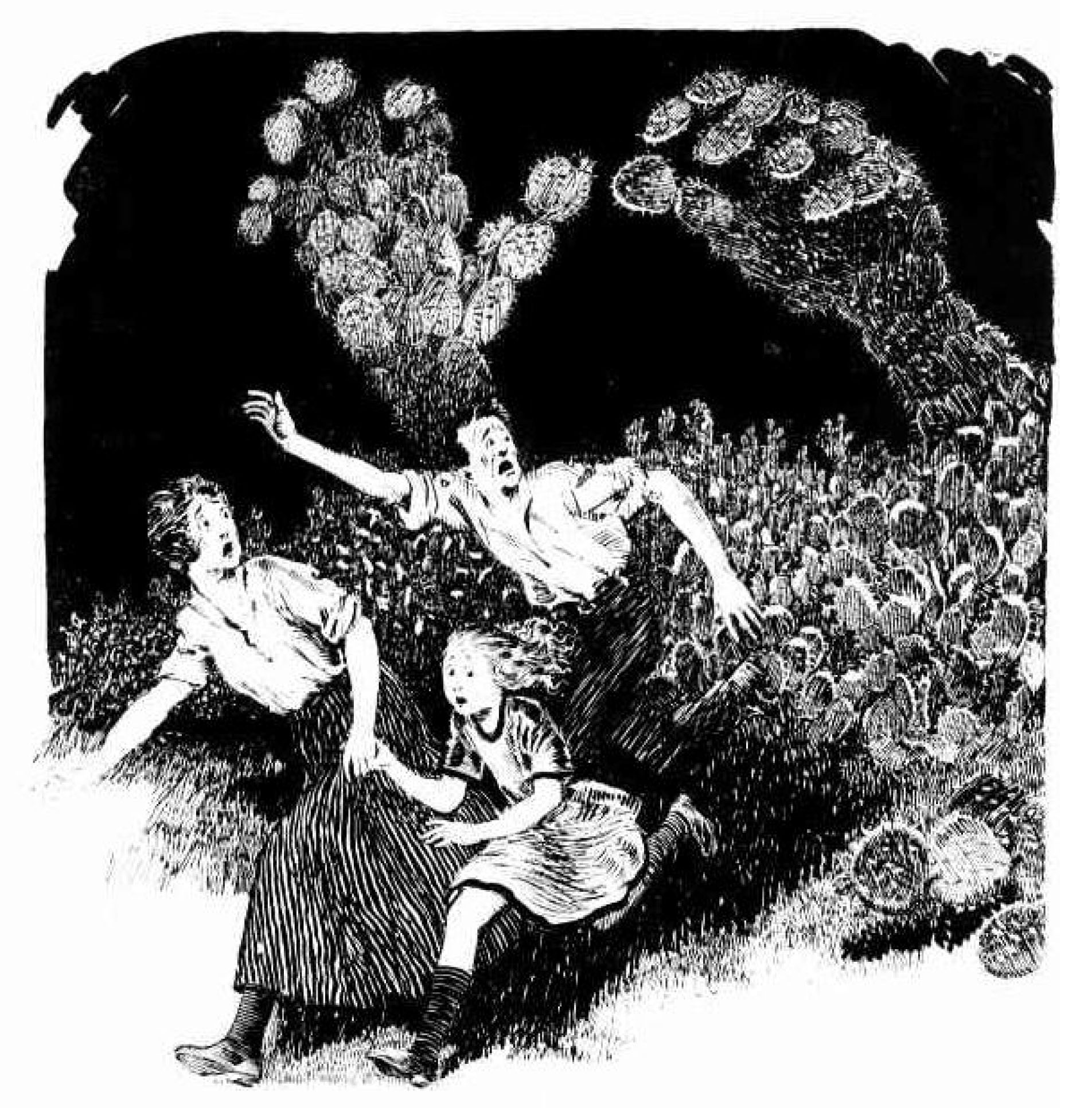 ‘The Invasion of Australia‘ cartoon published in ‘The Sydney Mail’, 28 February 1923

The speed of prickly pear is like the invasion of a dangerous enemy, advancing slowly but steadily, and gradually taking possession of the continent. At the outset the foe was met with knives and spades; at the present time it is usually fought by the employment of poison sprays and gas, whose utilisation is due to scientific research. We are, however, not holding our own in the contest: the prickly pear still advances.

In an attempt to stop the spread of the plants, the Queensland Department of Lands introduced a bounty scheme for the slaughter of emus, crows and scrub magpies and the collection of emu eggs. They thought that by reducing the numbers of birds this would in turn reduced the spread of seeds. From the beginning to 1926 until the end of 1927 over 200,000 birds were killed and over 100,000 emus eggs were destroyed. [1]

Other early methods of control included cutting and poisoning. Both of these methods were time intensive and involved extensive man power. The Museum’s collection includes three objects, a prickly pear slasher, an atomiser and ‘The Kirby’ injector, which were used in attempts to eradicate the prickly pear. The method of spraying plants was extremely difficult work involving heavy equipment and exposure to dangerous poisons such as ‘Roberts improved pear poison’ which consisted of a mixture of 80% sulphuric acid and 20% arsenic pentoxide.

In 1907 ‘The Kirby’ injector was patented by grazier, Charles Kirby. A blade at the tip of the instrument was used to puncture the leaf of the plant, then gravity drew the poison into the plant.

The most successful method of eradicating the prickly pear was introduced in 1926 with the release of the cactoblastis moth in Australia. Nine million eggs were placed onto the leaves of plants during the summer of 1926-27 and the caterpillars fed on the prickly pear. The photographs taken at Chinchilla, Queensland show the same area before and after the release of the moth.

Varieties of prickly pear and other invasive cacti continue to be an ongoing problem in Australia. In March 2016, Biosecurity Queensland released cochineal insects in the latest attempt to control destructive coral cactus infestations at Longreach. In May 2016 the insects were also released in remote outback regions of Western Australia. Ironically, the cochineal insects are now providing a solution to a problem which was originally caused by their introduction.