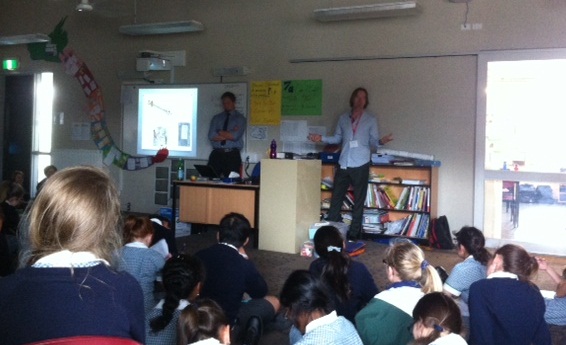 Huge thanks to the year seven students and teachers at Burgmann Anglican School for inviting me to talk to them about the history of rabbits as an invasive species in Australia. We had over one hundred students for the talk and it was impressive how focused the entire group was on the subject. We covered the first fleet’s introduction of rabbits to the continent, the 1859 diffusion of wild rabbits, the subsequent proliferation of the animals on country and the beginnings of containment operations through trapping, poisoning, the massive fencing projects across the nation and eventually in the mid-20th century the lethally effective biological campaigns. The students were working on individual projects in relation to invasive species in Australia and I was really impressed with the quality of questions they offered up after the talk. Thanks go especially to Mr Ed. Breidis for his great assistance in putting together a slide show to accompany the presentation.