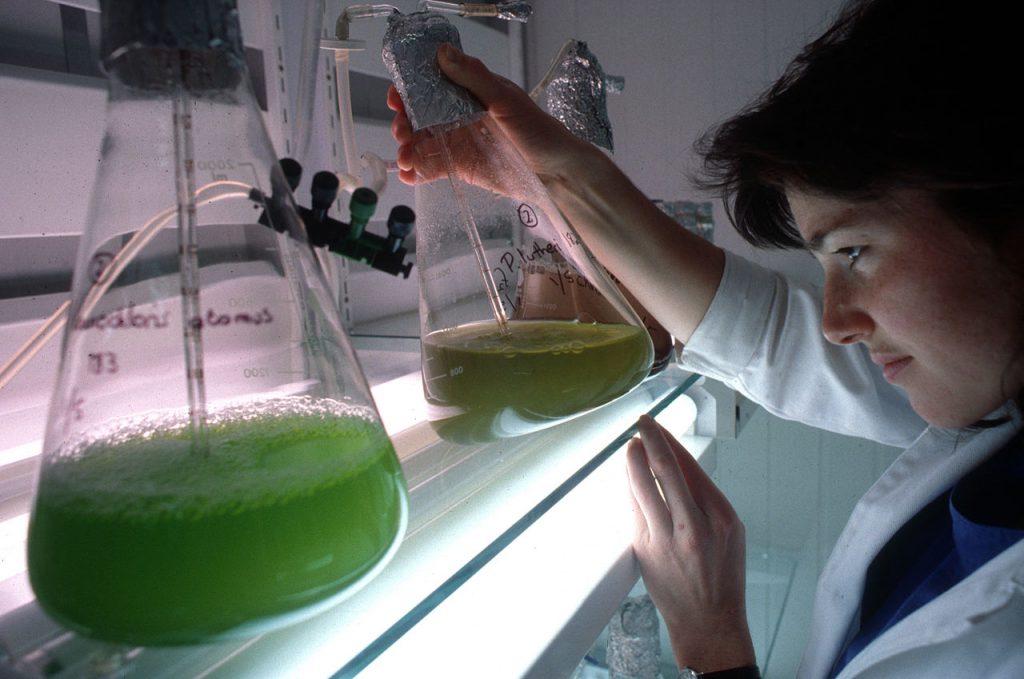 Why is it that most Australian scientists are men? It may be, as University of NSW professor of engineering Veena Sahajwalla argued last year in The Australian, because people tend to think of science as ‘male’ rather than ‘female’.

To my mind, this means that we need to tell more stories that, quite simply, make it feel normal to be a scientist and also a woman. And over the past few months, my colleague Martha Sear and I have been working with Australian National University biologists Anne-Sophie Dielen and Britta Forster on a new exhibition that we hope will help do just that. The League of Remarkable Women in Science show, on display at CSIRO Discovery in Canberra, features the words and faces of forty of today’s female scientists, together with objects illuminating the lives of eight remarkable women who forged scientific careers during the nineteenth and twentieth centuries.

By drawing these contemporary and historical stories together, the exhibition suggests that some women have always been interested in, and indeed have contributed in very significant ways to developing, science in Australia. The biographies of the historical women also reveal just how determined female scientists have needed to be in order to pursue their passion for discovery and knowledge. Last week, Martha blogged about four of the botanists included in the League of Remarkable Women in Science exhibition. Below I introduce two more scientists featured in the show, Dr Isobel Bennett and Valerie May.

Marine biologist Isobel Bennett (1909–2008) was born in Brisbane and although a gifted student, had to leave school at age 16 because of her family’s financial circumstances. She trained and began work as a secretary but in 1932 lost her job when her employer closed during the Great Depression. With time on her hands, Bennett and her sister decided to take a short cruise to Norfolk Island. On board the ship, Bennett met University of Sydney zoologist Professor William Dakin who, impressed by her attitude, offered her a position as his research assistant.

Although she only ever completed a single course in zoology, Bennett went on to assist and collaborate with Dakin on the first studies of Australian plankton, the development of camouflage during World War Two, and the production of Australian Seashores, a landmark guide to life in the inter-tidal zone. After Dakin’s death in 1950, Bennett revised and updated Australian Seashores through multiple editions. She was listed as the sole author of the 1992 version, which was also illustrated with her photographs.

Bennett never secured an academic position, and completed most of her research and writing at home in the evenings. Nevertheless, she became a respected expert in coastal, reef and sub-Antarctic marine environments. She completed a ground-breaking survey of the entire 2000 km length of the Great Barrier Reef, and this work was instrumental in the listing of the reef as a UNESCO World Heritage site in 1980. She also became one of the first four women authorized to visit sub-antarctic Macquarie Island, and eventually completed four research trips to the island and in 1971 published The Shores of Macquarie Island.

In the 1980s, Bennett began to receive a series of accolades recognizing her outstanding contribution to marine biology. She was awarded the prestigious Mueller Medal of the Australian and New Zealand Association for the Advancement of Science in 1982, and two years later was appointed  Officer of the Order of Australia. The University of New South Wales awarded her an honorary Doctor of Science in 1995 [1].

Phycologist Valerie May (b. 1916) started her undergraduate degree in Chemistry but soon fell in love with biology and by the time she graduated was determined to study algae. Australian phycology was then in its infancy and there was nobody qualified to guide graduate work in the field. Nevertheless, May was permitted to pursue a Master of Science degree at the University of Sydney, studying Ectocarpus, a kind of brown alga, and she completed during this degree useful taxonomic keys to the green and brown marine algae.

May was awarded a series of graduate research scholarships but in 1940 was told that her prestigious Linnean Macleay Fellowship would not be renewed because she planned to marry. She then joined CSIR (later CSIRO), where she contributed to the wartime effort to develop a local agar industry. She left CSIR when the first of her four children was born, understanding that her gender and the fact that motherhood needed flexible working hours meant that she was not going to receive a permanent appointment.

From the 1950s to the 1980s, May worked at the National Herbarium of New South Wales. Employed only part-time or as a volunteer, she nevertheless completed extensive phycological research. She pioneered understanding of toxic cyanobacteria (blue-green algae), published widely on the effects of the interactions between algal populations, other organisms and environmental conditions and contributed importantly to botanical collections. In 1987, she was appointed an Honorary Research Associate of the Royal Botanic Gardens, Sydney [2].

In 2011, of Australians over 15 years, who were employed and held qualifications in the STEM (Science, Technology, Engineering and Mathematics) fields, 28% were women. In engineering, 14% were women. Only 10% of senior science university faculty positions were held by women, and only a third of tertiary qualifications awarded to Australian women were in STEM fields [3]. Somewhere along the way, thousands of girls and young women who start out with an interest in science, decide that it’s not for them.

When you read Isobel Bennett’s and Valerie May’s stories and understand the kinds of obstacles they had to overcome to become successful scientists – obstacles that emerged because of their social position as women – these statistics don’t seem that surprising. It’s well established that young people’s career choices are profoundly shaped by role models; boys and girls need to be able to imagine themselves becoming like a particular adult. And, historically, relatively few young women have been able to imagine themselves as scientists because they haven’t, as a matter of course, seen and heard about the women who have gone before them.

There is surely no better time to tell, show and celebrate the stories of female scientists like Isobel Bennett and Valerie May, who accomplished great things despite the challenges arising from the fact that to many Australians it just didn’t (and still doesn’t) seem normal for a woman to be a scientist.

Perhaps you have stories to share about other Australian scientists who have forged the way for today’s women? Please share them in the comments box below.

[2] Find out more about Valerie May on the Royal Botanic Gardens website.