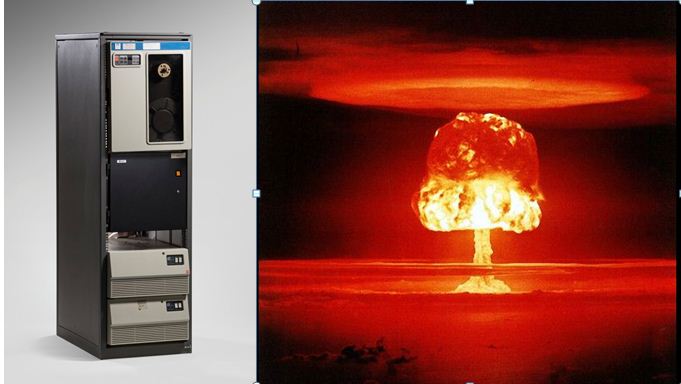 This month marks the 70th anniversary of the bombing of Hiroshima and Nagasaki and the commencement of a nuclear arms race that profoundly shaped the political and economic trajectory of the twentieth century. While the Cold War between the Soviet Union and the United States dominated the headlines, it is worth remembering Australia’s role in controlling the spread of nuclear weapons.

Since the early 1950s, arms control advocates campaigned for the adoption of a treaty banning all nuclear explosions, when public concern grew concerned about radioactive fall-out from atmospheric nuclear tests and the escalating arms race. A major step towards non-proliferation of nuclear weapons came with the signing of the Nuclear Non-proliferation Treaty (NPT) in 1968. Under the NPT, non-nuclear weapon states were prohibited from, among other things, possessing, manufacturing or acquiring nuclear weapons or other nuclear explosive devices. Yet, the deteriorating political climate meant that little progress on disarmament was ever achieved. The end of the Cold War in 1991 reanimated the desire to limit the spread of nuclear weapons and weapons testing. The adoption of the Comprehensive Nuclear-Test-Ban Treaty in 1996 (in which Australia played a major role) was perhaps the most significant steps towards global disarmament since the creation of the NPT.

Compliance with the Treaty is monitored by on-site inspections and a variety of geophysical technologies, such as forensic seismology, hydroacoustics, infrasound, and radionuclide monitoring. During the 1990s, a computer known as “Annie” served as a vital component in a system of seismological equipment that listened to the earth for signs of underground nuclear explosions. The Sun Microsystems Sun-2 computer system  was installed in the Australian Seismological Centre when it opened in September 1986. Operated by the Bureau of Mineral Resources, later Geoscience Australia, the centre was first responsible for monitoring earthquakes. It later helped fulfil Australia’s obligations under the Comprehensive Nuclear-Test-Ban Treaty by monitoring underground nuclear explosions in the Asia – Pacific Ocean – India Ocean region. “Annie” gathered and analysed information collected from a network of seismic stations on continental Australia. Today, the monitoring network comprises over 300 facilities around the world, connected to an international date processing centre in Austria. By 2002, however, Annie was no longer able to meet the storage demands of the work and was replaced by a system of larger capacity.

Over 2000 nuclear tests were conducted between 1945 and 1996 when the Comprehensive Nuclear-Test-Ban Treaty opened for signature. Geoscience Australia maintains an extraordinary searchable database of nuclear explosions with the location, time and size of explosions around the world since 1945. “Annie’s” work has contributed to some of this data.

Whether participation in the Comprehensive Nuclear-Test-Ban Treaty has resulted in a meaningful reduction in the production and development of weapons of mass destruction is a contentious issue. Many in scientific committee remain concerned about the potential for nuclear catastrophe. On 22 January 2015, the “Doomsday Clock” was reset at three minutes to midnight, reflecting concerns that a group of scientists had about impending global disaster. The Doomsday Clock is a symbolic clock face, representing a countdown to global disaster.  It was created in the 1940s by the American artist Martyl Langsdorf (1917-2013) in response to the atomic blasts in Japan and the escalations of the Cold War.  Starting with the hands set at seven minutes to midnight – “simply because it looked good” – the clock has been reset on 18 occasions as concern about potential global catastrophe rises and falls. The time on the clock is “maintained” by the Board of the Chicago-based Bulletin of the Atomic Scientists. It has appeared on the cover periodically since June 1947. The closer they set the clock to midnight, the closer the scientists believe the world is to global disaster. In the beginning the major threat was seen as the spread of nuclear arms but today concerns over climate change and developments in the life sciences and technology are also considered when setting the clock. The Bulletin of the Atomic Scientists of January/February 2007 discusses the Doomsday Clock in some detail. Through the 1980s and 1990s, when the clock setting varied between 6 and 14 minutes to midnight,

By September 2014, 183 countries, including China, Egypt, Iran, Israel and USA but not India, North Korea and Pakistan, had signed. Geoscience Australia continues to support Australia’s commitment to the CTBT by:

…monitoring seismic, infrasound and hydroacoustic data collected by the International Monitoring System (IMS) for potential nuclear explosions worldwide. The IMS is a global network of monitoring stations and laboratories, administered by the CTBT Organization…