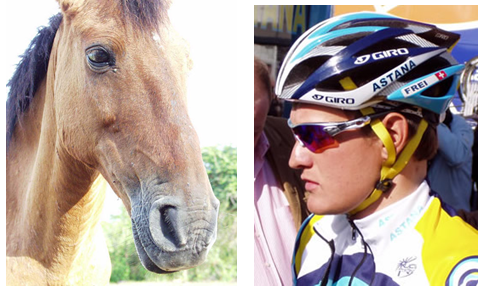 In December 1889, Dr G. A. Thorne from Melbourne found himself with a spare fortnight at his disposal. A keen bike rider, he decided to take his new ‘taut and trim’ safety bicycle (that he referred to as his ‘trusty little horse’) by train to Sale in Gippsland, Victoria. From there he would cycle to Sydney, following the coast as closely as possible.

On the first day of riding, when he approached Bairnsdale, a horse drawn buggy approached from the opposite direction. The horse appeared to grow restive. The woman driver yelled at Thorne to get off his bicycle. He dismounted and slowly approached the horse, leading it further along the way. As he did so, she blackguarded the good doctor in what he described as an ‘absurd manner’. ‘The Government’, she raged, ‘should not allow “those things” on the road’. Thorne retorted that she should learn to drive before taking charge of a horse. He then left the scene only to be ‘followed by a torrent of abuse’.

Thorne thoroughly enjoyed the rest of his two-week adventure, but it was not without challenges. He relished in the ‘delightful’ landscape, the undulating pastures and ‘waving grasses’ but was profoundly disturbed by long stretches of ‘solitary silent bush’. He encountered black snakes, Aborigines, and bullock teams clearing forest.

He met another horseman along the way. Not having seen the bicycle, the man asked Thorne – who was wearing the very latest in men’s cycling attire – if he was with a circus!  Thorne obliged his curiosity by introducing him to his new machine. As Thorne soon discovered, the solitude was one thing but ‘perhaps the most tiresome feature about bicycle pioneering is that you are expected to answer the same running fire of questions as to how fast you can ride etc.’.

Like many early cyclists, Thorne quickly realised that the bicycle was as fast, if not faster, than riding a horse. This was something than many dedicated horse riders found difficult to accept. After crossing into New South Wales, Thorne struggled up some steep and rocky hills. A party of horsemen overtook the cyclist, chuckling at his difficulties. Once Thorne reach the summit, however, he let his bicycle ‘rip, and dashed past in a way the startled horses are not likely to soon forget.’ It seems that our respectable doctor did have something of the lycra-wearing weekend warrior in him, after all.

Thorne made Kiama in good time, in fact, about the same time as the local horse-drawn coach. He had completed his 500-mile journey in less than two weeks. He then caught the train to Sydney and boarded the steamer back to Melbourne.

The bicycle has been a vital part of Australian life for over 130 years. Although from its introduction in the 1870s it rapidly became a relatively unremarkable feature of daily life in towns and cities, the bicycle has remained a complex, provocative and powerful symbol. The road rage we see today is just another incarnation of a complex cultural debate about how humans should move that has been going on for a very long time.

The symbolic associations of the bicycle in Australian life will be explored in a new exhibition called Freewheeling: Cycling in Australia, currently under development at the National Museum of Australia.

Belgian professional cyclist, Felix Sellier, calmly expresses his displeasure at being hit by a car during the 1920 Tour de France.

Dr Thorne’s account of his journey can be found on Trove.