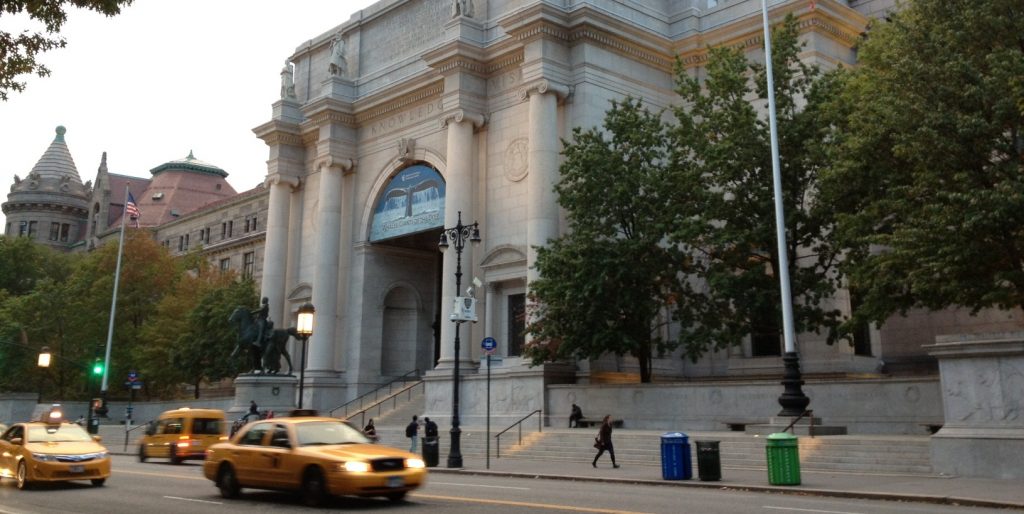 How should museums engage and respond to climate change? How can we use our collections, exhibitions and programs and our traditions of fostering conversation and debate to help communities make sense of this global challenge?
A few weeks ago, I travelled to the American Museum of Natural History in New York in the United States, to talk with other curators, educators, scientists and scholars about these complicated and challenging questions. The workshop was the first part of a project, called Collecting the Future: Museums, communities and climate change, that I’ve been developing over the past year with Libby Robin, a senior research fellow here at the National Museum, and with Jenny Newell and Jacklyn Lacey of the Department of Anthropology at the American Museum of Natural History.

The Collecting the Future project aims to explore how museums can help people understand and respond to climate change. We want to look at climate change as not simply a scientific discovery or a technological challenge, but as also, or perhaps predominantly, a process of developing new cultural meanings. In other words, we’re looking at climate change as a series of cultural and ecological transformations that mean that, over the coming years, we will all be obliged to re-invent who we are and how we live.


The three-day workshop in New York included people working in and with museums in many different parts of the world, including Australia, New Zealand, Samoa, Canada, the United States, the United Kingdom, Germany and Sweden. You can find the workshop program here.
We focused particularly on how museums are engaging with communities at the pointy end of climate change, especially in the Pacific, where islands are now being flooded by rising seas, and in the Arctic, where melting pack ice is transforming centuries old ways of life. For me, it was particularly moving to listen to Lumepa Apelu, curator of the Museum of Samoa, explain how her museum is working to become a ‘place of comfort’ for Samoans as increasingly frequent cyclones devastate their homes and lands.
One of the workshop’s key questions was about how museums might think about their collections as resources for responding to climate change. Jenny Newell coined the beautiful idea of objects as ‘lodestones’, materials acting as magnets pulling together the stories, memories, traditions and meanings through which people understand their lives. Other speakers focused on collections as historical baselines for measuring changes in biodiversity, or as provocations for building ideas about stewardship or as tools for re-working how people understand themselves as inherently part of the natural world.

Some museums around the world are tackling the challenge of climate change head-on, building exhibitions and programs that focus explicitly on the topic. At the workshop, American Museum of Natural History exhibitions staff outlined their experience with their 2008-9 Climate Change exhibition and Helmuth Trischler and Nina Möllers from the Deutsches Museum in Munich introduced their forthcoming gallery exploring climate change and associated environmental crises. Other curators described or suggested new programs exploring climate change through the lenses of, for example, food, historic sites or the weather.
We didn’t reach conclusions at the workshop, but we did open up many new ideas and conversations that we will carry forward into the next stages of the Collecting the Future project. We’re now building an online network linking up museums working on climate change and developing a book. More on these projects soon, and, in the meantime, I’d be delighted to hear about how you think museums should or can engage and respond to climate change.