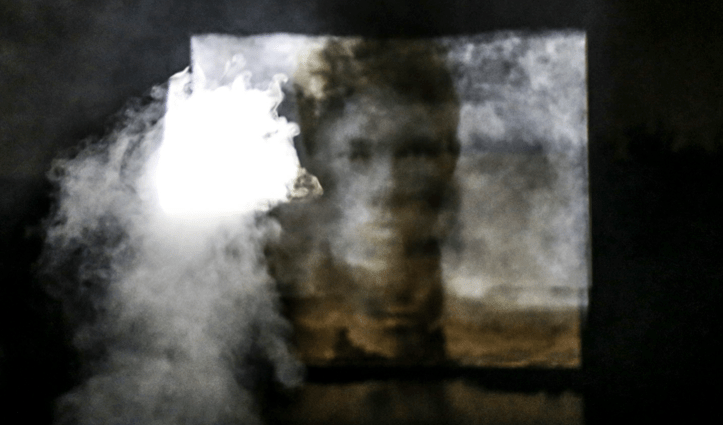 What meanings arise when we return historic objects to the active terrains that marked and shaped them? Over the past couple of weeks, during one of the coldest Canberra winters in a decade or more, I’ve been working at night with Vic McEwan on the banks of the Murrumbidgee River, where pioneering wheat breeder William Farrer undertook experiments that helped transform the grassy woodlands of southern Australia into modern farmland.

We’ve selected objects that together tell a dramatic story of ecological and social transformation: prize winning wheat samples, steel ploughs, grinding stones, native plant seeds used to regenerate degraded farmland, a breastplate from Warangesda mission, a football trophy, a typewriter used by poet and activist Mary Gilmore. The profound changes within which these objects held active roles are still unfolding today. At night, in the quiet winter dark, when the grasses, stones and drifting water hold the glowing imagery offered by the objects, a haunting spectacle unfolds.

The art and history project we’re developing is experimental. We came to the riverside site with ideas to apply, while remaining open to possibilities and associations that might be offered by the site itself, when the terrain experienced the vibrancy and agency of the objects we’re projecting back into it. As giant images are cast into the cold damp air, as the Murrumbidgee whispers of places downstream, of country and time in flux, place, objects, technology and our imaginations intersect and blend, shifting the parameters and intent of the project.

We’re planning a public event one night later in the year, during which people can view the projections and discuss the ideas generated by the project. If you’re interested in participating, follow the the Museum on Twitter or Facebook to find out the details.